Program for Carbon Management in the value Chain 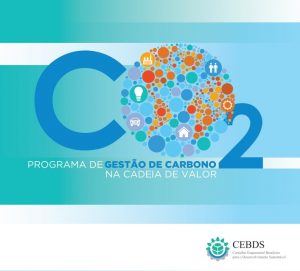 The third edition of the Program for Carbon Management in the value Chain, developed by Câmara Temáti-ca de Energia e Mudanças Climáticas do CEBDS (CTClima), raised awareness and trained 123 suppliers of its affiliated companies in the preparation of their inventories of greenhouse gases emission (GEE).

The Program achieved its intended goals: 33 suppliers completed their emission inventories, and 4 suppliers are in the drafting process, an increase of 10% over the 2013 project.

This program is an important tool for companies that have already realized that the largest source of GhG emis-sion of their production is in the supply chains, as shown in the review of inventories published by the GhG Protocol program. Thus, it becomes increasingly important to manage emissions in the value chain, since in many fields of activity, a large part of the carbon footprint of products or services comes from suppliers.